I am building a Testbench composed of several industrial IoT Wireless CO2 Temperature Humidity Sensors. They were placed in a room and close to each other and configured to read on one minute interval. While there was a minor different in the readings from the temperature and humidity sensors, the Co2 sensor’ readings exposed a relatively considerable different.

Any ideas about how to calibrate the sensors so their readings can be relatively close.

The attached image shows the Co2 readings from a Grafana dashboard.
I used nine IoT wireless sensors and their Co2 readings are red framed on the left.

are you using node red ?

Yes, I am using Node-red to read from the sensors using the Micro Mqtt Gateway

You can send the configuration command just like any other command.

The calibration process will take 3 min.

You will need a USB modem 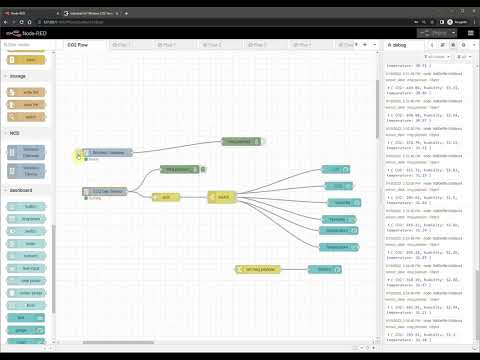 Thanks a lot for this nice video.