I have a question about wiring in the above-mentioned sensor to this PCB. First, I was hoping the board itself would power the sensor, but it appears that this isn’t the case. sigh

Also, any chance of a rev update to the board so it supplies the power to the sensor directly? I feel like this would simplify things greatly for the end-user. Thanks!

Sorry the engineer who generally provides support for our 4-20mA products is out of town this week.

If so it seems like you would not get a negative reading on the +/- terminals on the board. That said I am far from an expert on 4-20mA signals. Also we do have some devices which I believe power the sensor. These are Current Loop Receivers, you can take a look at a few here:

No worries, I get it - just thought the unusual lack of response was, well…unusual. The boards that supply power only supply 5V, the sensors I’m using need a minimum of 8V to operate, so the other boards in your catalog won’t work. I’d still love to hear from the other engineer when they get back just to make sure things are clear before powering the sensor up. In the meantime, I have some questions about the code, which I’ll start a new thread for. Thanks!

we have a different product which is designed for 2 wire device and it provides loop power. 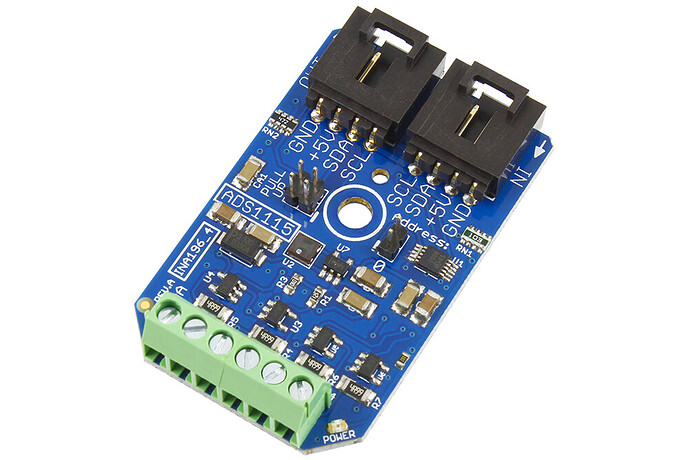 Well, shoot… That’s pretty much what I wanted in the first place. I may order it, but I think I can get the current board to work if I sort out the wiring. The external supply source isn’t a big issue, just a little extra wiring.

As far as wiring the sensors to the current PCB, I’d still like some clarification please (see initial post for details).

in the 4-20mA wiring the goal is to complete a loop. the wiring diagram travis shared is correct.

one wire from sensor will directly go into board and one will have battery/power in series.