This app allows you to control one or more relays. Please note that this app goes along with a hardware board that you need to build. The instructions on how to build that board are here: https://github.com/gusgonnet/myRelays The board is based on Particle devices: https://www.particle.io/ These devices are exposed to a cloud (the Particle Cloud) and this app connects to that cloud to get the status and control your board...

One of the boards this project supports: 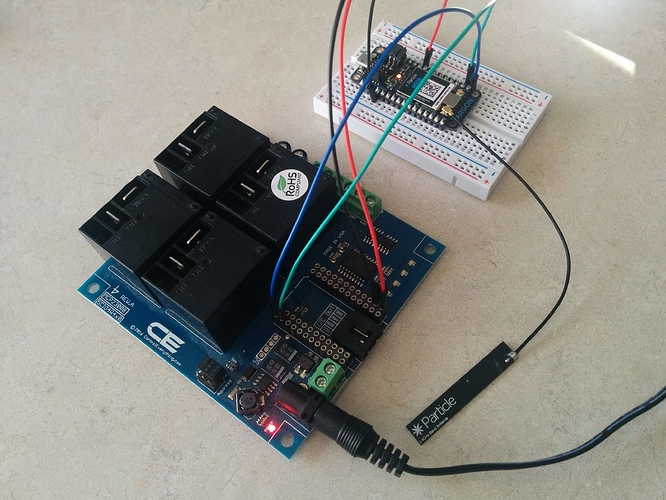 Awesome project Gustavo! Have you played around with React Native yet? We’re just starting to look into it here. We’re planning on releasing an app using it this year. Looks really slick and it’s cross platform(iOS and Android).

Have you played around with React Native yet?

Hey Travis! no, I haven’t yet, but it looks interesting. I started with Ionic and I’m pretty happy so far. Ionic is cross-platform too! web, iOS, Android and I think desktop too (via Electron Js).
Another contender that looks interesting in this space is Native Script but I can’t say much about it yet.
Promising future!
And what functionality are you guys cooking in this app you mention?
Thanks