background: i’m using two current monitors (2-chan 70amp and 4-chan 100amp) to collect data on two VFD well pumps. each pump is on a 40amp dual pole breaker. the VFDs alternate in operation every 12 hours but should otherwise draw the same amount of power. it is irrelevant i think, but the VFDs convert the 2 phase power to 3 phase.

i have one VFD on the 2-chan 70amp current monitor, the other is read on 2 channels of the 100amp monitor. i get the impression after reading around the forums that you maybe shouldn’t use a board that is pre-configured to a higher rating, but i’m already using it now and am very resistant to buying different/more hardware.

the problem: i’m using the pecmac125a python code for both sensors but i’m getting readings with the 70amp board that are well above reality by a factor of 8 or 10. Currently it reads at 65 amps per channel which would trip or blow up the breaker were it accurate. if i divide the current by 8 or so (%current/8) i get a more sensible reading that is closer to what i read with a clamp-style multimeter directly on the hot wires from the breaker, but i feel like this is not a good or accurate workaround.

Also, I have the 4-chan 100amp current monitor reading the other VFD and this appears to be giving near-accurate readings, but now I doubt the veracity of that data as well.

Here are some pics of 70amp hardware and readings: 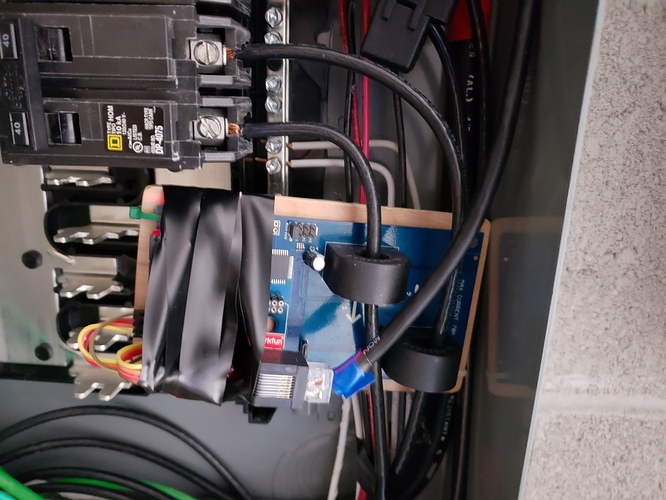 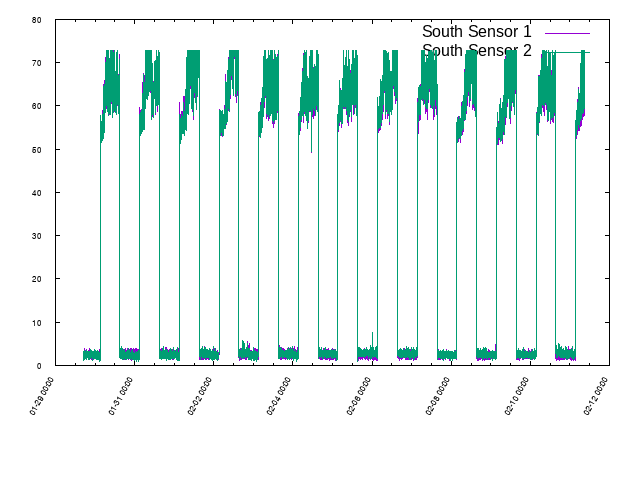 This graph is from the 2 channels of the 100amp sensor and seems to return accurate data, at least it doesn’t exceed the max rating on the breaker. The two graphs SHOULD be nearly identical except one is off while the other is on (ignore the spike, the ras-pi choked up): 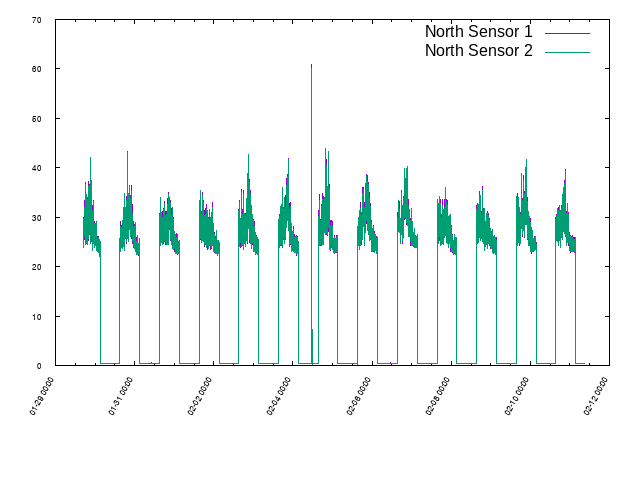 Hi,
these sensors are designed for resistive loads and wont perform well in inductive load environments.

for inductive loads we recommend going with off board sensors. 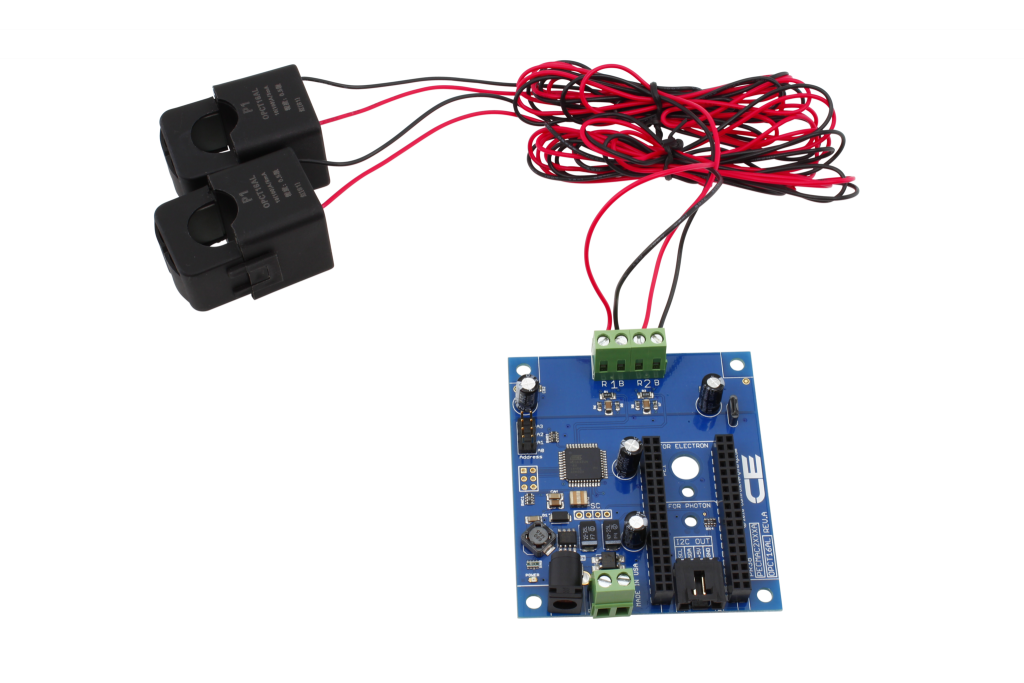 This 2-Channel high-accuracy current monitoring controller makes it easy to get AC current measurements into your favorite IoT cloud platform. This current

Hi Bhaskar, thanks for responding.

That makes some sense, the 4-chan 100amp monitor i have uses off-board sensors and seems to be ok. However, the product page for the 2-chan 70amp says, “This device will arrive pre-set to calibration values known to work well in our master designs for resistive loads, recalibration will be required for inductive loads” which implies I can do something with the board I have to allow it to accurately read the inductive load. Wish I’d read that first, lol, oh well.

I don’t mind if I have to void warranties to modify it, but I can’t afford to drop any more money on this project if I can at all avoid it.

Any help appreciated, thank you.

yes you can tune it for this load. but the downside of this i if you change the load type the sensor will start to read wrong values because it was tuned for some other sensor.

There is calibration command. you can set a new calibration value for the load you are using.

Thanks Bhaskar. I don’t think the load type will change because that circuit is dedicated to just the VFD, but I don’t mind someone telling me I’m wrong so please do, lol!