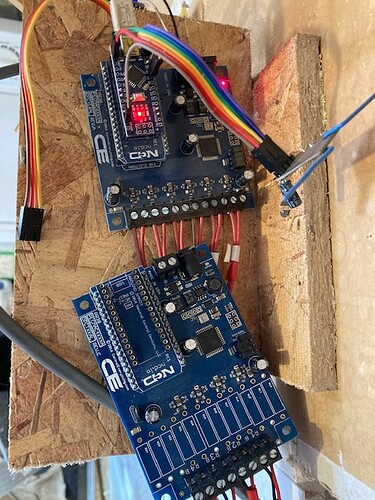 The board above is the 6-channel. It’s not in an enclosure, because both boards won’t fit into it - I’ll need to make one that’s a little bigger. The rainbow cable connects an nrf24 radio that sends the data back to a central node. The brown/red/orange/yellow cable is the i2c cable that came with the sensor board. It is connected to the 6-channel under the Arduino. If I connect that to the 4-channel sensor board, the power light on the 4-channel lights, and the Arduino can no longer “talk” to the 6-channel board that it’s plugged into, and the Arduino setup() code that queries the board and retrieves type, number of sensors etc. (from the sample code) hangs.

are you connecting the two board using i2c cable provided by us ?
if not it wont work. You will need an SI adapter 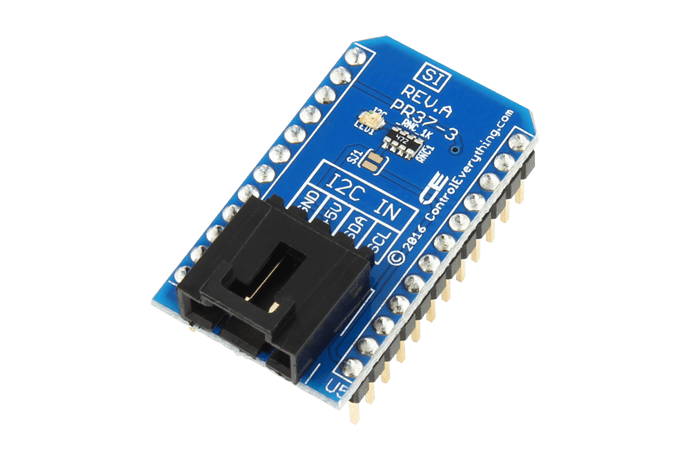 Ah! I didn’t realize I needed an adapter. So that I2C to loT adapter would plug into the 4-channel sensor board in my application, and the cable would go from that to the connector under the Arduino on the 6-channel, right?

you you got it.
right now you are connecting out to out. the si will give you an i2c in