Vibration sensor data not matching up 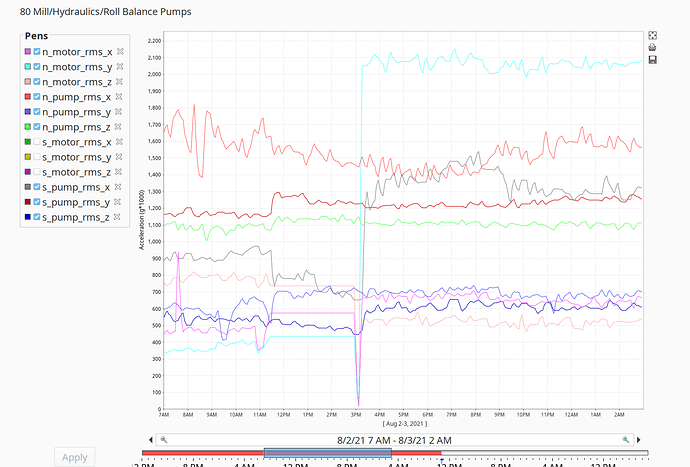 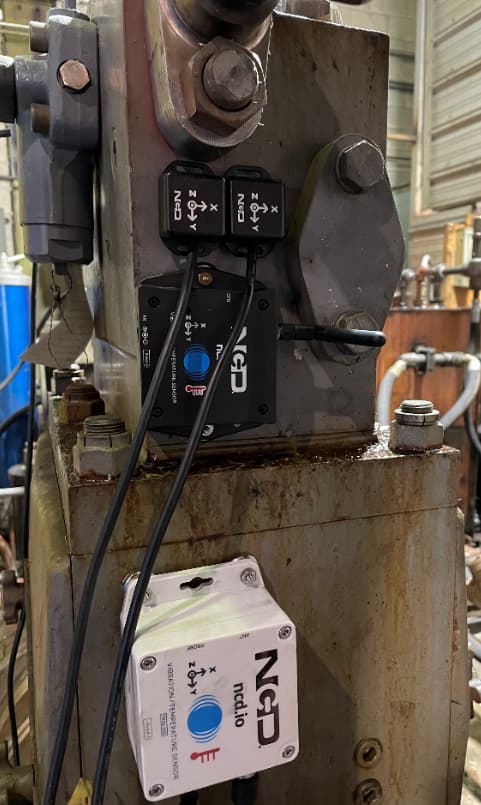 can you share readings of just two PR52-33E after pressing reset ?

OK
Here is the data,… 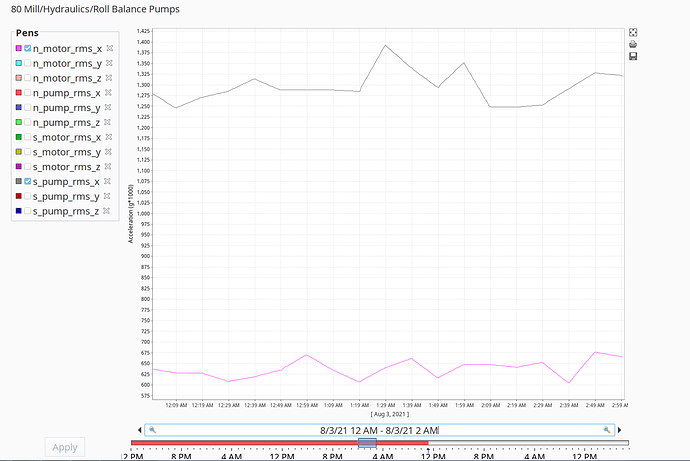 do you want both sensors power cycled?

yes that is correct… you can press the R button. make sure probes are not moved after pressing reset

ok
is there some type of zero calibration or something?

yes the sensor will self calibrate for that machine.
we recommend that during calibration machine is off.

cant remove sensor, reset and then attach after calibration?

sensor probe can not be moved but you can move the main box.

i will recommend removing the lid of the white box and doing at installation locations.

@scott.warnick Did the careful resetting of both sensors resolve the difference in reported vibration values?

Also, here is an idea, the time interval matters (I think). If each rms_x/y/z is calculated based on the vibrations during the time interval between messages, each sensor will report different results unless, theoretically, reset and messaging at the exact same time.

still having issues with the values on the sensors not matching up.
makes some sense that the values wouldnt be exactly the same, but should be the same order of magnitude connected to the same piece of equipment. The equipment isnt changing that much, load is constant.
The X, Y and Z are off, which is concerning.

We have two styles of sensors PR49-24E and PR55-33E
The graphics on the cover and the inside diagram for the PR49 doesnt match up?!! 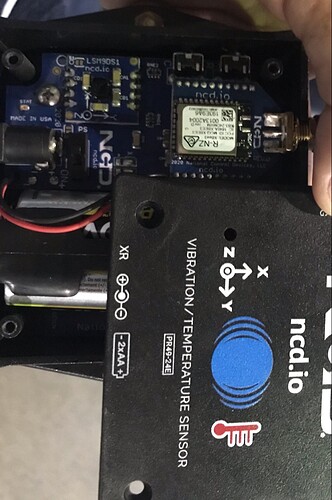 scott,
i was afraid that could be case with PR49-24E but data should be real close between two PR52-33E units.
is that not the case ?

I only have one PR52 with the PR49 right now.
they are not really matching up on the same order of magnitude. 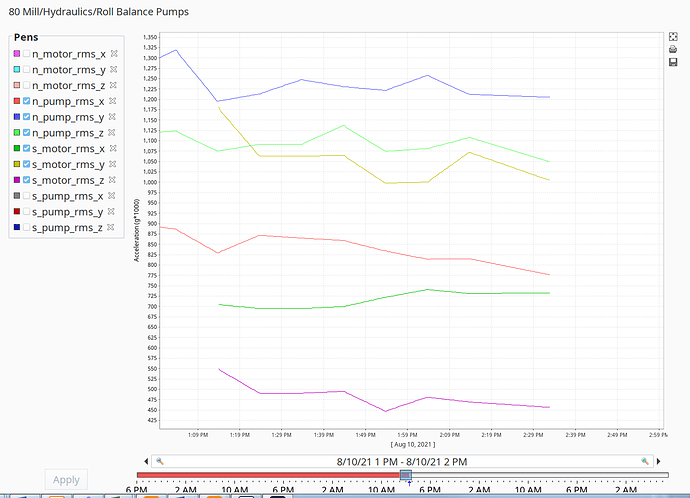