Hi Trey. I’ve installed the ncd-ads1115 node but it’s always showing ‘Disconnected’ in the node status.
I’ve checked the ads using Switchdoclabs handy python script and it checks out fine on port 48.
I have the node set to 72 and am assuming that’s the decimal of 48. 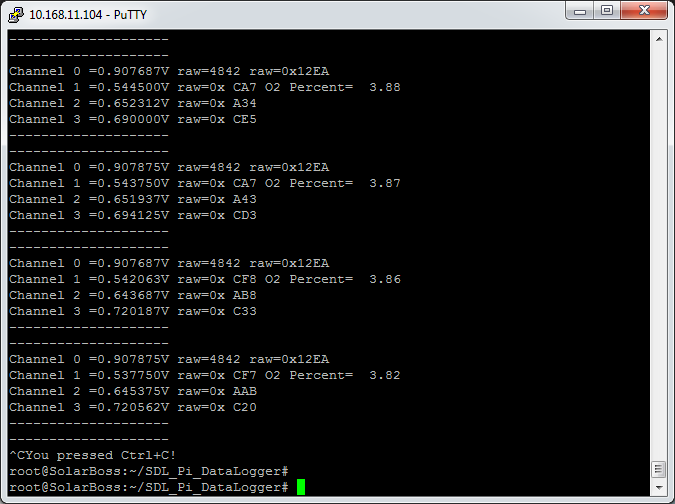 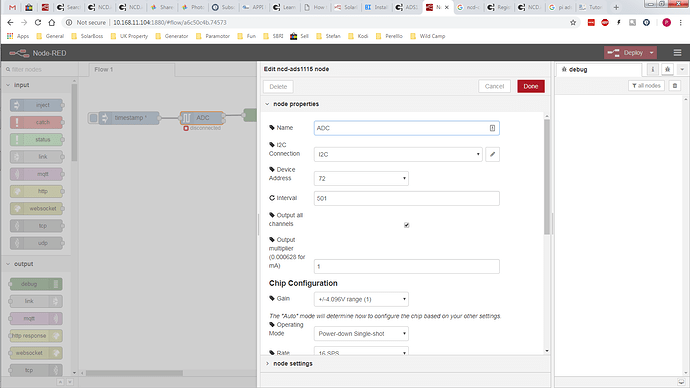 Are there any errors in the terminal?

No, nothing to debug pane or terminal.

YAY!! fixed it.
Seems I had a permissions and found:

If release 2015-05-05 or later of the Raspbian Operating System is being used, this step can be skipped as user pi can access the I2C bus without root privileges.

If an earlier release of the Raspbian Operating System is being used, create a file called 99-i2c.rules in directory /etc/udev/rules.d with the following content:

This will give all users access to I2C and sudo need not be specified when executing programs using i2c-bus. A more selective rule should be used if required.

Even though I’m using a much later (latest) version it still tripped up on this.
After adding the entry above, it all burst into life and is returning good readings.
Presumably, node-red is not using the ‘pi’ user.